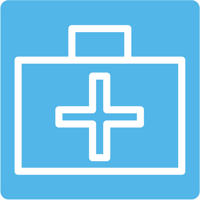 On February 10, the U.S. Senate confirmed Tom Price as Secretary of Health and Human Services (HHS). The following week, after Andrew Puzder withdrew his candidacy, President Trump announced his nomination of Alexander Acosta for Secretary of Labor. As the newly confirmed Secretary of HHS, Price is in a pivotal position to shape the future of the Affordable Care Act (ACA) and other health policies. However, as Secretary of Labor, Acosta will also have a significant but little-discussed role in health policy, vested in the Employee Benefit Security Administration (EBSA) within the Department of Labor (DOL).

On December 19, 2016, the Department of Labor (DOL) Employee Benefits Security Administration (EBSA) published the final rule outlining claims procedure regulations for employee benefit plans providing disability benefits under the Employee Retirement Income Security Act of 1974 (ERISA). The rule promotes greater disclosures for plan administrators denying disability claims. While originally in effect as of January 18, 2017, the ruling is on hold for 60 days with the January 20, 2017 Regulatory Freeze.