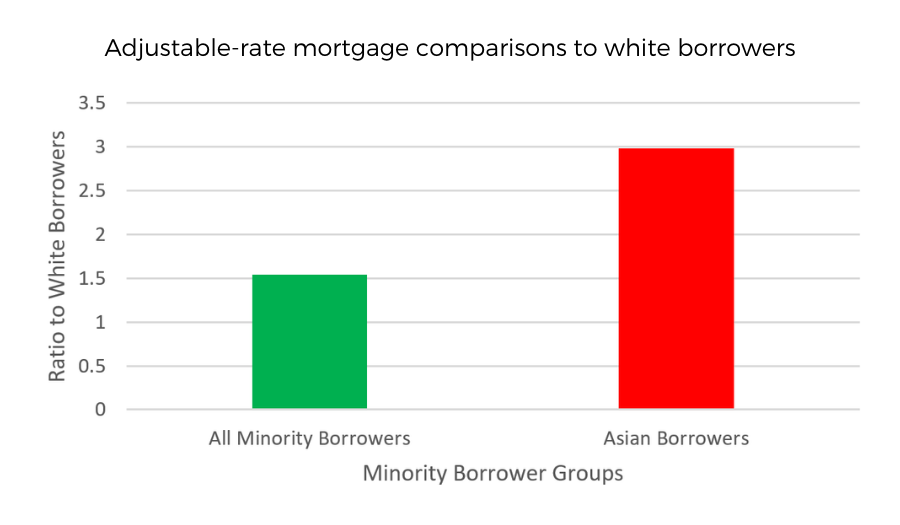 With contributions by Mark Hutson, PhD

This is the fourth in a series on the end of the London Inter-Bank Offered Rate (LIBOR), a widely used financial metric that is integral to global finance. In this post, we cover the issues surrounding its primary replacement, SOFR, regarding the potential impacts on mortgages and consumer protection.

When considering the impact that eliminating LIBOR will have on consumer protections around mortgages, let’s briefly recap some important facts on how LIBOR interacts with consumer payments:

When looking at how LIBOR’s end could influence borrowers, we have to consider two factors to better understand SOFR’s impact on mortgages and, subsequently, consumer protection:

Thus, regulators and consumers should be on the lookout to see if banks may be manipulating timing to acquire more favorable interest rates. In particular, such timing could also be used to target less savvy borrowers, with such tactics employed in ways that impact certain groups more.

While this might seem like an academic exercise, some banks and lending firms have utilized similar tactics in the past. The switch to SOFR presents another opportunity to differentiate treatment and target borrowers for higher charges. Such tactics may also disproportionately impact certain groups of borrowers more than others, and thus there may be some fair lending implications. According to publicly available HMDA data from 2018 and 2019 as illustrated in Figure 1, minority borrowers are one and a half times more likely to have adjustable-rate mortgages (ARMs). Most starkly, when comparing Asian borrowers to white borrowers, Asian borrowers are approximately three times more likely to have an ARM loan than their white counterparts.

As an example, Table 1 below compares four different trailing averages of SOFR based on the method for determining the SOFR index between April 2018 and December 2020. In particular, the 30-day average closely tracks the actual SOFR, whereas the 180-day average is approximately twelve basis points higher. Thus, whether willfully or not, lending institutions very clearly have the ability to swing borrowing costs fairly significantly based on how they implement the change to SOFR.

As illustrated in part two of this series, the treatment of the fluctuations in SOFR could make borrowing even more expensive for Black borrowers who currently experience relatively higher costs of homeownership (for more on why this is, please see the recent writings of our Summit colleagues Michael Easterly and Natalie Patten as well as Dr. Ed Golding). For example, a $320,000 loan with a 7-year ARM cost the borrower approximately $2,300 extra for the 84-month ARM period. This does not account for the typical 1-year adjustments for the remaining term of the loan. Thus, such decisions targeting higher SOFR periods could create significant and expensive implications for borrowers, and the impacts of these decisions may not be distributed equally across groups of borrowers.

The second area of consideration, and potentially the more problematic one, is the willingness of institutions to carry out such actions and purposely target less knowledgeable borrowers. Intuitively, lessening the impact on borrowers could mean lower revenue generated through originating loans. As shown in part two, the greatest spikes in SOFR have occurred when companies lower their balances with their bank and money market accounts and when Treasury securities held by primary dealers increase. Despite the irregularity of these market dynamics, the lending industry is able to anticipate these drastic changes in the market and could elect to be good stewards of their borrowers’ resources or serve the lender’s interest (that is, use the spikes in SOFR in their loan-pricing equation). Based on their previous treatment of certain groups of borrowers and increased scrutiny of both mortgages and business lending anticipated by the Consumer Financial Protection Bureau, it is safe to assume that lenders will need to be prepared to provide additional justification for their loan-pricing practices.

Thus, the shift from LIBOR to SOFR presents different considerations for regulators when looking at the impacts across different groups.

This is the fourth post in a series on the LIBOR transition. Topics include: