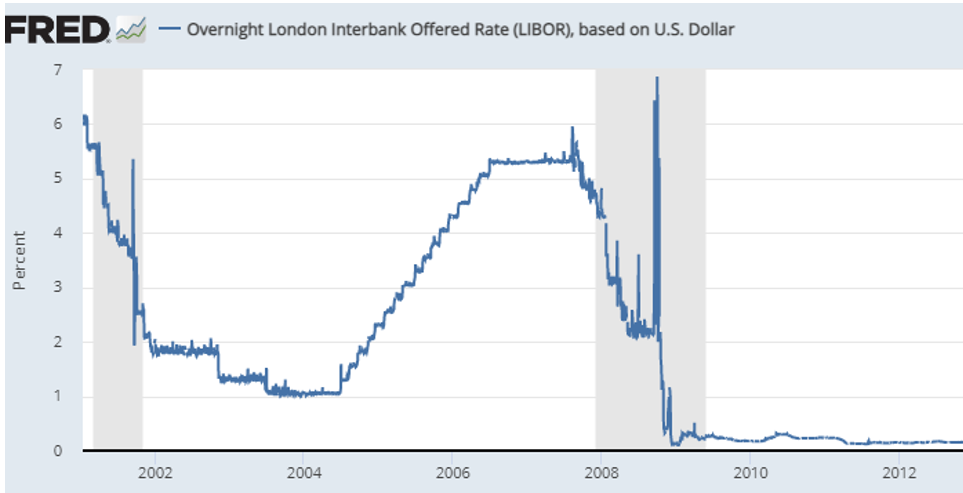 This is the first in a series on the end of the London Inter-Bank Offered Rate (LIBOR), a widely used financial metric that is integral to global finance. In this post, we cover why LIBOR is being discontinued, why that is important, and what is replacing it.

In December 2021, one of the most important interest rates in the world will cease to exist. This is a change that has been in the works for nearly a decade, and it will have (and already is having) far-reaching implications for individuals, banks, markets, and governments throughout the world. But before we get into why eliminating LIBOR will have such an impact, we will first discuss why it is being eliminated.

How Can You Eliminate an Interest Rate?

An interest rate, inherently, is the amount of money it costs to borrow money. So if we are eliminating LIBOR, the question becomes: What types of loans are being eliminated along with LIBOR? The short, slightly quizzical answer is none. This gets at the crux of the fundamental problem with LIBOR, which is that nobody actually borrows money at the LIBOR rate.

LIBOR, rather, represents the average interest rate that banks report they could borrow from other banks. (See the box at right for the in-depth explanation.) With a slight simplification, LIBOR is the average interest that banks self-report what they perceive a loan would cost if they went to the interbank market. Those three terms underpin why regulators are eliminating it, so let’s look at each (in reverse order):

So LIBOR is being eliminated because it is squishy to calculate, is not verified, and has been manipulated by bad actors at banks. The latter led to a scandal in 2012, which is why regulators decided to cancel the rate by the end of 2021.

If Nobody Borrows at LIBOR, Why Is It a Big Deal to Get Rid of It?

Even though LIBOR is not the specific rate on a transaction type, it is used as an index rate for all kinds of loans across the world. In fact, more loans have probably been based on LIBOR than all other metrics in human history (in nominal terms, at least). Because LIBOR is meant to be the true cost of funding for banks, it is the reference point to price loans as follows:

That is, the interest rate is equal to LIBOR plus some premium that includes borrower- or loan-specific consideration (default risk, collateral quality, etc.). This formula is most frequently used in the context of floating-rate products like credit cards, but it can also be used in fixed-rate products based on LIBOR from the date of origination. As such, this rate impacts credit cards, mortgages, business loans, and a whole host of other loan types, with varying estimates of up to $350 trillion in outstanding debt connected to the LIBOR rate at its height.

This means that just about every variable-rate loan anybody made in the financial system was in some way impacted by LIBOR prior to the LIBOR scandal. In practical terms, LIBOR’s importance means that a shift of even 1 basis point (or 0.01%) could swing billions of dollars of interest costs between borrowers and lenders. So yeah, getting rid of LIBOR is a big deal.

LIBOR existed to fill a market need, namely that lenders and regulators alike know how much it costs to fund lending. Having a well-respected market interest rate facilitates transactions, reducing friction from rate negotiations by providing an agreed-upon launching point. Thus, LIBOR can’t just disappear one day without leaving chaos in its wake. Instead, the financial system has embarked on a lengthy process to replace it:

Figure 2: LIBOR is much less volatile than SOFR

In next week’s post, we will cover some of the issues caused by switching from LIBOR to SOFR.

This is the first post in a series on the LIBOR transition. Upcoming topics include: