What to Consider When Releasing Administrative Data to the Public

When thinking about how to appropriately release administrative data to the public, there are a number of things to consider. Today at the Association of Public Data Users' (APDU's) 2016 Annual Conference: "Using Public Data to Inform Better Decision Making," I am speaking on a panel about how to build demand for open data. As organizations look to make their administrative data publicly available, there are some decisions they need to take into consideration. Below are four key questions organizations should ask themselves before disclosing administrative data to the public.

1. Why are you releasing the data? 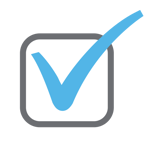 2. Who is the audience for the data?

After determining why your organization is releasing administrative data, it's important to determine the audience that will be accessing the information. For publicly released administrative data, there are three major audiences: researchers and analysts, practitioners and policy-makers, and the media and general public.

Researchers and analysts will most likely have a wide-ranging interest in data and be most skilled in handling the information, while the media and general public may have less data experience and will most likely be searching for accountability information. If your audience is practitioners and policy-makers, they may be most focused on program costs and performance information.

3. What kinds of data will you release?

The kinds of data released to the public will largely be influenced by your organization's reasons for releasing the information and the audience. Organizations can release information like program start-up documents, metrics of performance management, cost measurement, and program auditing. It's also important to consider whether the type of data released will require periodic updates, which will require more detailed attention to keep the data consistent.

4. How will you release the data?

Once the previous questions have been answered, your organization should consider how the administrative data will be released. For example, micro-level data for researcher use may require a more extensive review for accuracy than tabular data released for the media or general public. Deciding how to release this data depends on the decisions surrounding four issues: the quality of the data, the data documentation to include, identifying and limiting disclosure risk, and the methods for accessing and using the data.

Once these four questions have been answered, your organization should be able to comfortably consider whether to publicly release administrative data. I encourage you to browse our recent white paper, "Are Your Administrative Data Ready for Public Use?" to help guide your decision. Our white paper includes a full-page checklist of important questions to help you maximize the utility (and minimize the risk) of your data release.