The Opioid Crisis: An Overview 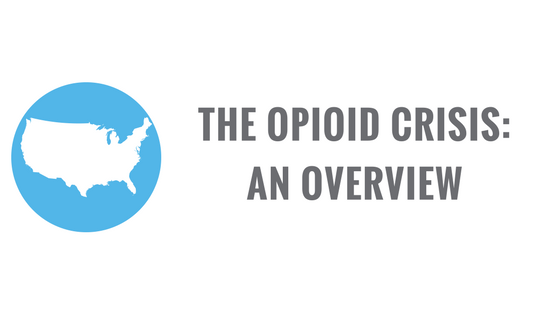 In the first post of this series on opioids, we discuss the opioid epidemic and the pending litigation.

In the United States, overdoses are now the number one cause of death among people under 50, according to a Modern Healthcare article. Additionally, the death rate of opioid overdoses remains high across many age groups. Figure 1 below shows the dramatic increase in overdose deaths from 1999 to 2016 in the United States. The graphic clearly shows that almost every state has been largely impacted by overdoses. Of all drug overdoses, opioid-related overdoses account for over six out of every ten overdose deaths.

The data represent the number of deaths per 100,000 people in a given state. They include all drug overdose deaths (as determined by the following codes: X40-X44, X60-X64, X85, Y10-Y14). Data were downloaded from the CDC’s WONDER Online Databases (https://wonder.cdc.gov/). Dark grey shading indicates unreliable data.

With every major news site reporting on the opioid crisis, it has become increasingly difficult to understand the ins and outs of the pending litigation. There are currently hundreds of cases involved in opioid litigation. Multidistrict litigation (MDL) encompasses over 300 of these cases, includes multiple states, and is growing weekly. MDL is located in Ohio, a state that has been largely affected by the opioid crisis, and presided over by U.S. District Judge Dan Aaron Polster.

On February 27, the U.S. Department of Justice launched the Prescription Interdiction & Litigation (PIL) Task Force. The PIL Task Force, in coordination with law enforcement and the U.S. Department of Health and Human Services, will use criminal and civil law including the False Claims Act and Controlled Substances Act to crack down on opioid makers and distributors.

The defendants and the plaintiffs vary from case to case. The defendants include drug manufacturers, distributors, and pharmacies. The large drug manufacturers and distributors are usually the same in these cases. However, pharmacies are often local to each county, city, or state. The plaintiffs include: individuals, hospitals, counties, cities, Native American tribes, and states. In all cases, plaintiffs allege that the reckless sale and marketing of opioids caused widespread misuse, abuse, addiction, and overdose, resulting in financial damages from the increased cost of health care and law enforcement.

Some news articles and legal complaints emphasize the reckless sale and distribution of opioids by presenting the number of prescription pills per person in the population. For example, a recent Newsweek article cites, "731 opioid pills per year for every man, woman, and child in Mount Gay-Shamrock between 2008 and 2012."

Data will undoubtedly continue to play a role in the opioid litigation, especially since Judge Polster is expected to make a decision in the next few days about whether the DEA must provide their data on prescription opioid painkillers to the plaintiffs and defendants.

Look out for part two of this blog series to learn more about how data can be used in opioid litigation.

Summit’s Litigation Analytics team specializes in supporting counsel and expert witnesses in various matters involving data and analytics. If you’re interested in how Summit can support you and your team, please contact Ed Dieterle.