How does expansion of Home Mortgage Disclosure Act (HMDA) data change the ways in which we can use that data? So far in our HDMA blog series, we have explored the new 2015 HMDA rule, the history of HMDA and fair lending, and how HMDA data helps combat redlining. This week, we will discuss how the expansion of HMDA from aggregate-level to loan-level data significantly changed the ways in which HMDA could be used by community leaders, industry experts, and regulators. 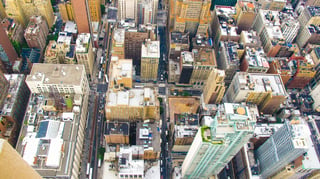 When HMDA was enacted in 1975, it only collected basic aggregate mortgage lending data. In 1980, Congress amended HMDA to create nation-wide annual summary statistics for high-population areas (called metropolitan statistical areas, or MSAs) that reflected housing stock age and income levels in each census tract, as well as the racial composition of neighborhoods.

These summary statistics provided community leaders with insight into the mortgage market in specific communities, aiding their efforts to detect redlining and other types of systemic disinvestment in urban communities. Given the fact that early HMDA data were limited and aggregate, they supported only limited inferences about the mortgage industry.

In 1989, HMDA was amended via the Financial Institutions Reform Recovery and Enforcement Act (FIRREA), which expanded the types of institutions mandated to report mortgage data and required HMDA reporting at the application and loan level. In addition, FIRREA required that lenders report the race, sex, and income of their applicants and borrowers. These changes dramatically shifted the landscape of HMDA data and expanded the ways in which HMDA could be used to monitor the mortgage market. This newly-available loan-level data provided opportunities for statisticians and economists to model the mortgage market—and even estimate the effect of an applicant’s race on the probability of loan approval.

When the HMDA data were released for the first time in this new, loan-level format in 1991, a striking pattern captured public interest: Minority borrowers were several times more likely to be denied for a mortgage than white borrowers. The public concern over these statistics was tempered, though, by claims from the banking industry that minority borrowers who were denied mortgages were simply less qualified than their white peers. The banking industry also claimed that HMDA data could not be used to look for discrimination against individual borrowers because the data lacked key underwriting variables that would give a clearer picture of borrowers' creditworthiness.

However, in 1992 the Federal Reserve Bank of Boston (Boston Fed) released a highly influential paper. The Boston Fed paper demonstrated that even though the differences in denial rates observed in HMDA could be explained in part by missing information (such as credit history and loan-to-value ratios), racial disparities still remained after controlling for these differences. As a result, throughout the 1990s and 2000s, HMDA served as a monitoring tool, allowing advocates and regulators to monitor the mortgage market and identify lenders that might be discriminating against minority borrowers.

In 2001, Congress broadened HMDA to collect even more pricing information. After that change, regulators and researchers could examine not only whether minority applicants were more likely to be denied, but also whether approved minority borrowers were more likely to receive high interest rates than white borrowers. With this series of changes, HMDA data became a widely-used tool for spotting potential problems in the market that warranted further investigation.

Here at Summit, our Applied Statistics & Economics Team has significant expertise in fair lending issues. With our specialization in statistics and econometrics, we have constructed models similar to those used in the 1992 Boston Fed paper to help identify patterns of disparate impact on minority groups.

Our next blog post will discuss the coming generation of HMDA data. With the new 2015 rule, future HMDA data will provide greater insight into the mortgage market and expand the amount of information collected about applicants, borrowers, and their loans.