This article is part of a series Summit Consulting is releasing in collaboration with Grant Thornton. In this series, we discuss HUD’s role in achieving the administration’s climate resilience objectives. In each article, we unpack specific solutions HUD may leverage based on its previous track record and emerging needs, as well as how improvements to federal budgeting can enable climate resilience in housing and community development. Check out previous posts here.

As background, nearly 99% of all federal agency single-family loan originations—backed by the Federal Housing Administration (FHA), the U.S. Department of Veterans Affairs (VA) and the U.S. Department and Agriculture (USDA)—are securitized through Ginnie Mae, part of the U.S. Department of Housing and Urban Development (HUD). In return for providing the full faith and credit guaranty of the federal government as a credit enhancement to the mortgage originators, Ginnie Mae charges a guaranty fee of six basis points (0.06%) of the loan amount. There is precedent at Ginnie Mae to reduce that guaranty fee to as low as three basis points for lenders that pool and securitize loans with certain criteria. For example, Ginnie Mae recently implemented a Targeted Lending Initiative (TLI), which reduced the guaranty fee for pools with borrowers located in low- and moderate-income census tracts based on the following criteria:

Photo by Bill Mead on Unsplash

Even without Ginnie Mae’s reduction in guaranty fees, the growth in—and demand for—sustainable investments, particularly among those that limit the negative impact on the environment, has created a strong, vibrant, and self-sustaining market. Based on data from the SIF Foundation, $17.1 trillion of invested assets was attributable to sustainable investing as of the beginning of 2020. That represents 33% of the $51.4 trillion in total assets under professional management.

Such growth has resulted in the creation of a number of exchange-traded and mutual funds with a socially responsible investing mandate. The demand for sustainable mortgage-backed securities (MBS), coupled with the lack of a sufficient supply, has created instances of investors paying premiums of between 25 and 50 basis points for this product. (For example, a $1,000,000 MBS that would normally trade at $1,000,000 would now fetch a price between $1,025,000 and $1,050,000 if all collateral backing the security was certified as energy-efficient.) “Green” MBSes, backed by the explicit full faith and credit of the U.S. government, clearly would attract the attention of sustainable investors throughout the world.

Prior to implementing a specialized securitization program as described above, there are loan eligibility policies and operational processes that would have to be created by the federal loan guaranty agencies and Ginnie Mae. First and foremost, the aforementioned agencies and Ginnie Mae would have to agree on the specific equipment and upgrades that qualify a loan to be designated as energy-efficient and therefore eligible for a new Ginnie Mae program. While all would agree that solar panels qualify for inclusion in the program, it’s not so clear which appliances—and the extent of energy-efficiency—might be included.

The documentation supporting this designation would have to be created and agreed to by the agencies and Ginnie Mae. At the same time, Ginnie Mae would need to meet with investors to explain the features of the new program and resolve any concerns.

A notable challenge to implementing incentives is finding a way to verify the eligibility of purportedly green loans comprising the new security as near to, or at the time of, securitization. With TLI, the census tract of each loan in a pool was bumped up against a U.S. Census database that contained census tracts classified as low- and moderate-income. This occurred simultaneously with the certification of the pool. This solution is not possible for green loan certification since there is no such database against which loans can be compared. A manual review of the eligibility of the green loans prior to the processing of the pool appears to be the next best option.

In the current process, document custodians, under contract with the Ginnie Mae issuer, certify the existence of an original mortgage note immediately prior to pooling the loans. Under the proposed green lending program, Ginnie Mae could task custodians with reviewing a green loan eligibility certificate at the same time as the note. The added costs and time to review the document should be minimal, and the extra step should not impact the attractiveness of the program. However, the failure to provide this certificate for one or more loans could result in the entire pool being disqualified, culminating in material losses to the securitizing Ginnie Mae issuer as well as reputational harm in the investment community.

Alternately, Ginnie Mae could require reps and warrants from the pooling issuer, with post-pooling audits conducted by Ginnie Mae. There would have to be significant penalties associated with pooling loans incorrectly labeled as green to deter lenders from pooling loans warranted to be green but that do not meet the requirements. Investors limited by charters or contracts to only purchase certain assets must be assured that all Ginnie Mae green pools are in fact backed by that product, especially since environmental investors may be paying above market for the securities. These investors also have strong views about addressing climate change and want to be assured their investments are targeted to this. The integrity of the program hinges on this assurance. 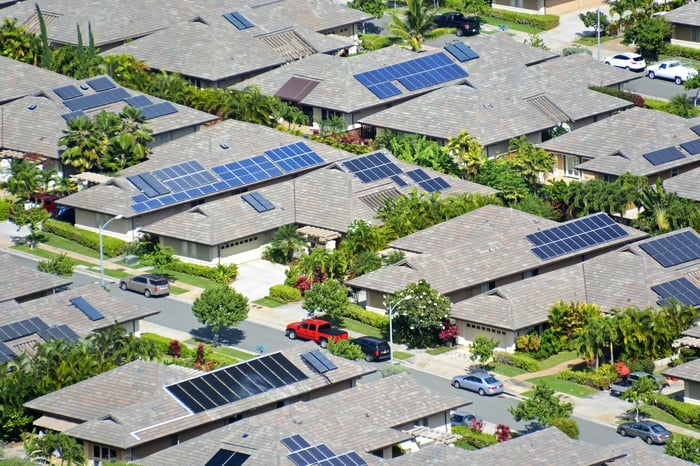 Photo by Jeremy Zero on Unsplash

GSE Incentives and Looking to the Future

There is some precedent for niche housing programs that address Environmental, Social, and Governance (ESG) issues. Both Freddie Mac and Fannie Mae have historically been subject to a cap on their multifamily origination volume. Exemptions from the cap were made for affordable and green lending. In these cases, “green” was defined as a percentage reduction in energy or water consumption. While the definition was specific enough to verify eligibility, it was not clear if the incentives went deep enough. Certain reductions on older buildings may have occurred naturally without a green program just as newer but relatively inexpensive updates were made. Perhaps deeper reductions could be targeted now given further experience with the program.

Both Freddie Mac and Fannie Mae have an annual impact bond report, which details billions of dollars in green bonds issued to investors. While the vast majority have been multifamily, there is a volume beginning to flow through on the single-family product as well. Accordingly, FHA, VA, and USDA now have at least one blueprint to follow in coordination with Ginnie Mae to promote more energy-efficient mortgage lending.

As the world’s largest guarantor of mortgages, the U.S. government is uniquely positioned to use modern financial technologies to help address climate change. Finding ways to promote green housing, such as the ideas explored above, would incentivize the purchase of securities backed by collateral containing energy-efficient features. That, in turn, could increase the demand for new housing units with such features. It would also appeal to national and international investors who desire, or require that a portion of portfolios comprise environment-friendly assets. Given their lead position in administering federal mortgage lending programs, HUD and Ginnie Mae are well positioned to explore and experiment with the use of such financial innovations to realize greener residential lending outcomes.