A Whole-of-Government Response to Persistent Poverty With contributions by Auyon Rahman of Summit Consulting

In the third post of this series, we take a deeper look at the bipartisan bill that would extend the tax incentive, add reporting requirements, and more.

On April 7, 2022, U.S. Senators Cory Booker (D-NJ) and Tim Scott (R-SC), along with U.S. Representatives Ron Kind (D-WI) and Mike Kelly (R-PA), introduced new, critically important Opportunity Zone (OZ) legislation that, among various features, provides a series of improvements to expand reporting requirements not included in the original 2017 legislation. This will allow transparency, accountability, and measurement of the impact of OZ funds to assist low-income communities.

The Opportunity Zones Transparency, Extension, and Improvement Act (hereafter “the bill”) can drive a whole-of-government response to persistent poverty through Opportunity Zones. OZs elegantly connect the public sector to private-sector resources on the sidelines. They serve as a powerful tax-incentive vehicle for individuals to reinvest unrealized capital gains in high-impact projects and businesses in underserved communities.

The bill incentivizes those who have generated capital gains in almost any place or sector to redistribute them in communities throughout the U.S. and its territories that need it most. Several essential guardrails complement this broad and flexible mandate and ensure that the money moves to the right places and for the right reasons.

Sunsetting Opportunity Zones That Are Not Impoverished

The bill focuses on communities with “concentrated persistent poverty” by taking a data-driven approach and modifying the original legislation to align with the intent to impact the underserved. The bill also implements a process to expand the applicability of the incentive to drive more social impact.

It accomplishes this by establishing a process to sunset OZ eligibility for places that were never or currently are not low-income communities based on median family income profiles. The bill also requires consultation between a state’s governor and local public officials to designate new OZs for every tract sunsetted under this provision. Officials will base new OZ recommendations on the latest census data.

The bill increases the transparency of the loose relationship between investment and its impact, with some new, strict requirements and noncompliance penalties. For example, the bill requires Qualified Opportunity Fund (QOF) managers to disclose employment data of their investments and the NAICS code of the business they have invested in. If the business is a housing development, they must provide the number of residential units and full-time employees at the development. The requirement places the information burden on both the QOFs and the Qualified Opportunity Zone Businesses that have received the funding.

The bill delineates significant fines for noncompliance, specifically daily cash penalties that can run up to $250,000 annually for large QOFs that intentionally disregard the requirements. Regarding the penalties for noncompliance, the bill amends certain provisions anchored within the Internal Revenue Code. These amendments may have the effect of “tagging” the entire QOF or individual investor tax filings for potential subsequent scrutiny. OZ investors have already begun to receive queries on these topics from the Internal Revenue Service. The IRS will likely weigh in on the implications of the clerical amendments to the code. 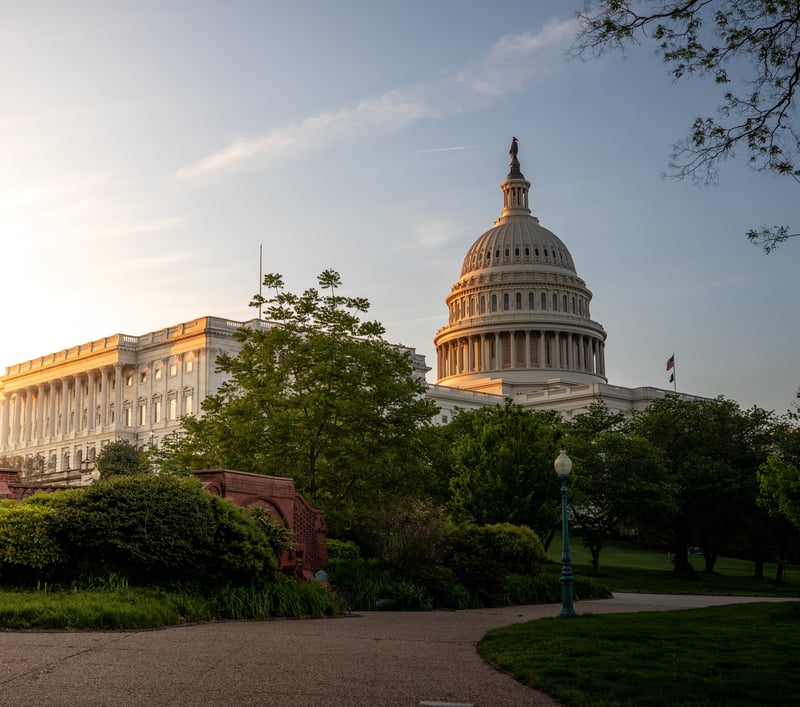 Notably, the bill provides for effective mechanisms to adapt the law due to future conditions and puts the decision-making of those changes into the hands of future elected leaders from either party.

In particular, the Secretary of the Treasury is authorized to collect “additional information as necessary” to quantify the impact that QOF investments can make a material positive social impact on OZs. The bill also requires the U.S. Department of the Treasury to cross-reference tax data with census data to report the bill’s impact on the American people in years 5 and 10 across a wide variety of proven metrics.

In return for the increased strictures around the tax incentive, the bill also provides exceptions for QOFs that acted in “good faith” before the enhanced reporting requirements and extends the benefits to new investors to attract them to the program.

The Rise of City Funds

One of the bill’s most important and impactful elements is creating a special kind of fund-of-funds model for Opportunity Zones. This model allows smaller towns and cities to develop city funds and then aggregate those city funds to present a larger, more diversified investment opportunity. City funds could help attract national capital to smaller or several dispersed locales that typically don’t have access to such resources.

Picture a scenario with 10 smaller cities, each with three Opportunity Zones, where a workforce housing development makes sense in only one OZ of each city. Alone, each city might be able to attract capital from a small QOF, perhaps managed by a local community member. But bundled together, the 10-development portfolio attains the scale and diversification required to be appealing to a nonlocal institutional investor.

Additionally, the bill proposes allocating $1 billion in so-called “predevelopment” grants to support smaller OZs with funds to plan and perhaps launch their city fund. Combining the fund-of-funds model, predevelopment capital, and an incentive to attract investors to large QOFs creates an environment to cultivate long-term success.

The bill also proposes extending the tax incentive by 2 years through 2028 to facilitate continued investment by taxpayers with gains. Investors and stakeholders who awaited clear rulings and regulations from the Treasury Department will be able to drive increased funding to invest in underserved communities, which is especially important on the heels of pandemic recovery.

The Opportunity Zones Transparency, Extension, and Improvement Act transcends political issues and parties by aligning incentives to serve the places that need it most. Senators Booker and Scott and a handful of bipartisan and bicameral cosponsors have avoided rancor and legislative lockup while simultaneously addressing the need for reporting requirements and impact measurements in OZs.

With appropriate federal guardrails in place, the bill empowers and involves state and local governments and elected officials to determine what is best for their communities. Once enacted, it will be truly a unified whole-of-government response to persistent poverty in every state and territory in the United States.

Photo by Andy Feliciotti on Unsplash