The Data Of Halloween

Halloween is an exciting time for trick-or-treaters and lovers of things that go bump in the night. But candy and spooks are just as exciting for data scientists, who break down the frightful costumes and tasty sweets into useful data.

For more than a decade, the National Retail Federation has released an annual survey on everything Halloween, from how much Americans spend on the holiday to the most popular costumes. This year, they've found that 171 million Americans plan to celebrate Halloween, and that a record-breaking $8.4 billion will be spent on the holiday. Roughly 7 out of every 10 holiday consumers plan on handing out candy to trick-or-treaters. The full study can be found here.

Looking for the best cities to up your trick or treating candy haul? The real estate website Zillow created a Trick-Or-Treat Index to predict which cities are best for trick or treating. They look at information like home values, crime rates, and the amount of a city's population under 10 years old. While Philadelphia ranked first, D.C. rounded out Zillow's list this year, coming in twentieth place.

One dad took trick or treat planning to the next level using big data. Zeeshan-ul-hassan Usmani and his son tracked his Halloween candy haul and supplemented that with additional data to create the ultimate trick or treat route for the following year.

The Halloween fun doesn't end once trick or treating is over. NPR explored the economics of trading Halloween candy, where kids swap Snickers for Reese's. They also showed how some parents get their kids to part with their treats for cold, hard cash.

If you like your Halloween to be full of scientific spooks, Hidden Brain featured a group of researchers who collect data on haunted house visitors to determine the science of fear.

Whether you like your Halloween scary or sweet, it's likely that data helped make the holiday a success. 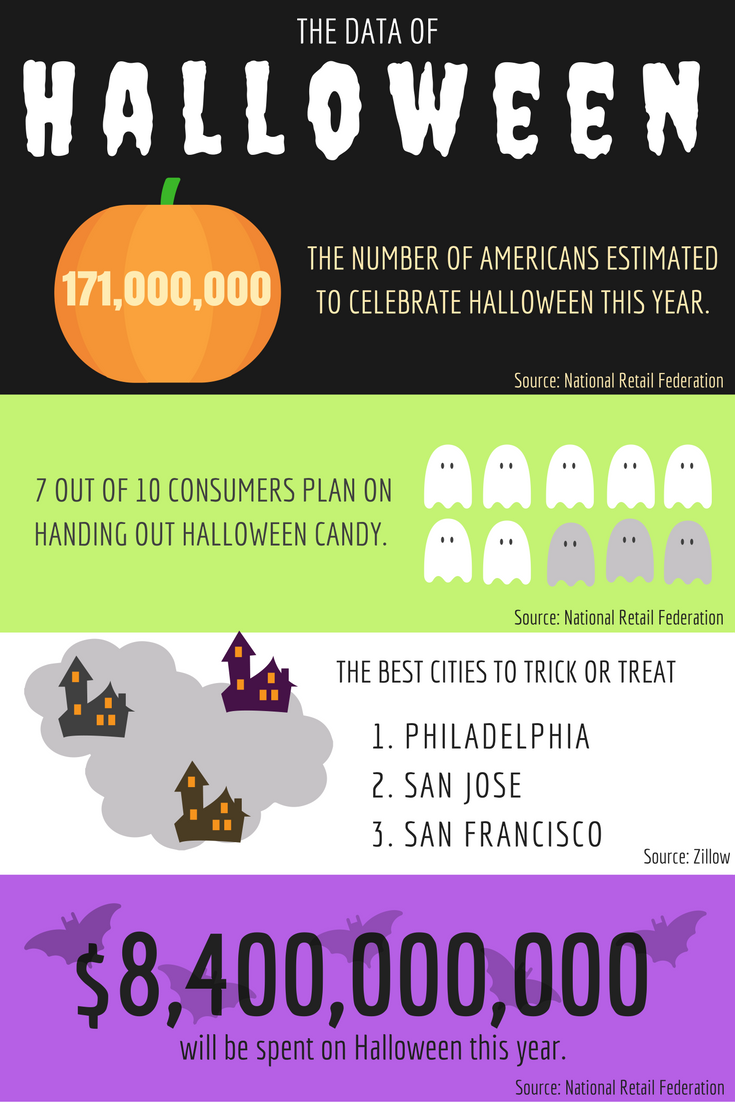